On buttons, posters and Web sites, the image was everywhere during last year’s presidential campaign: A pensive Barack Obama looking upward, as if to the future, splashed in a Warholesque red, white and blue and underlined with the caption HOPE.

Designed by Shepard Fairey, a Los-Angeles based street artist, the image has led to sales of hundreds of thousands of posters and stickers, has become so much in demand that copies signed by Fairey have been purchased for thousands of dollars on eBay. 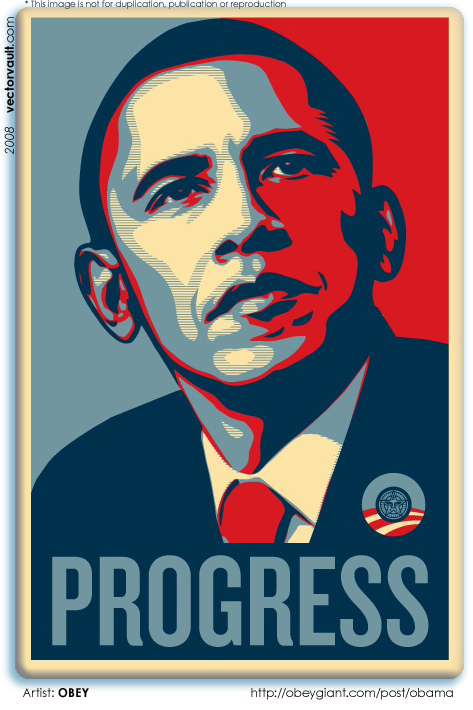 The image, Fairey has acknowledged, is based on an Associated Press photograph, taken in April 2006 by Manny Garcia at the National Press Club in Washington.

The AP says it owns the copyright, and wants credit and compensation. Fairey disagrees.

Copyright 2009 The Associated Press. All rights reserved. This material may not be published, broadcast, rewritten or redistributed.