I tell you, you gotta hand it to the cats who handle T-Mobile’s advertising. It’s truly ground breaking. Here is yet another amazing execution that involves real people interacting with real brands. The result is absolute magic.

A human-scaled mockup of the Angry Birds world was created in a square in Barcelona, with lucky participants using the game on a smartphone to launch birds on their castle-smashing journey. It includes authentic sounds effects and exploding pigs, and was obviously popular judging from the size of the crowd that appears.

The ad isn’t iPhone-specific, noting that T-Mobile has the “widest range of smartphones,” but the carrier does sell the iPhone outside of the U.S. and the game got its start on iOS. With that, we present to you Angry Birds Live in all of its glory: 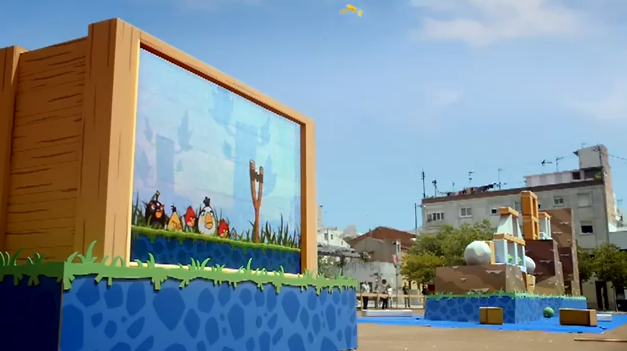 This sucker is addictive:

Congrats. You have found the last free vector download of 8 hidden in the July 2011 newsletter. To claim it, simply cut and paste the coupon code below. Click on the product page and enter the coupon code at the checkout to get it for free.

That’s not all of them. Feel like going on a little treasure hunt? Look through the posts featured in the July 2011 Vectorvault Newsletter for the other 7.