Launched across MTVs international network of 63 channels on 8 November 2010, the idents constituted the third phase of MTVs POP x 1000% international refresh, first rolled-out in July 2009, and progressed from expressing human emotions to exploring the senses  touch, sight, hearing, smell, taste  with the added twist of 55DSLs intriguing 5.5th sense, the less-explored human sense of intuition, featured on a sixth t-shirt.

In identifying the cream of design talent from across the world, MTV and 55DSL engaged the talents of international artists Alex Trochut (touch), Ilovedust (sight), James Roper (hearing), Tei (smell), Yué Wu (taste), and Zeloot (intuition), to each create a t-shirt design inspired by one of the human senses. Each of the t-shirts featured a unique graphic and was created using an innovative method chosen by its designer to represent the sense in their own individual, tongue-in-cheek way.

Taking the creative process one step further, each artist was paired with a motion design studio  selected from some of the worlds most innovative and cutting edge studios  including Universal Everything, Physalia and Digital District, to turn the original artworks into five unique 30-second short films, each informed by one of the senses. 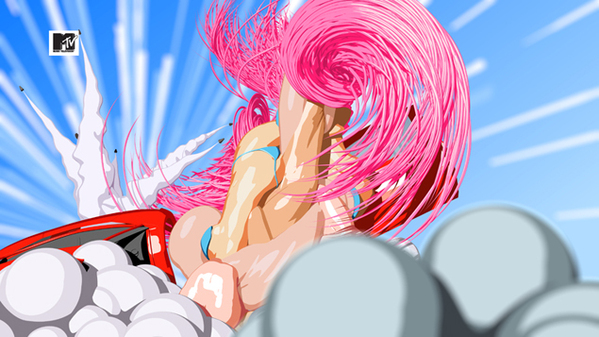