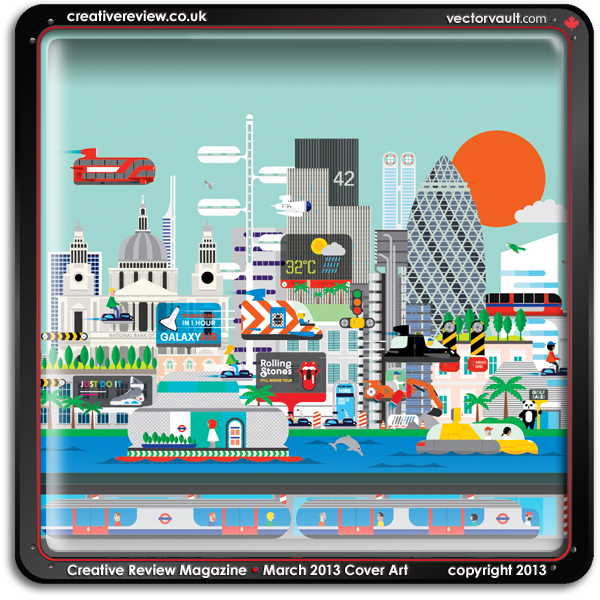 London in the not-so-distant future

judge a book by it’s cover

Robert Samuel Hanson has taken us into the future with this colourful and sophisticated portrait of London Town. And from where we stand, the future looks bright and optimistic. So get off your tail and make this Magazine part of your library.

Read more about the creation of this 150 issue cover, and get details on how you can subscribe here.

Not enough vector art for you? Want more?