The past 10 years have been very eventful. Both personally and professionally. Vectorvault has punctuated many of the benchmarks in my adult life.
– Adam

It came at a cost

One of the downsides of going out on my own, is that many of my friends had a hard time relating to me. It caused many to drift away. Even the ones who eventually became freelancers themselves. It happens.

Freelancing is commonplace today. But 10 years ago, it was allot riskier and harder to do than it is today. But less competitive as well. I only knew handful of people who did it. And many of them eventually returned to the comfort of a paycheque. I respect that.

9-5 is a lifestyle. And once you step out of that rhythm, you no longer operate on the same frequency as those friends who work full-time. You start seeing people less. Phone calls turn into misspelled emails typed by thumbs. Your priorities no longer line up with them and ultimately things change. That’s life.

I remember what friendship was like before the internet. The rules have changed. So have the expectations.

I lost a few dear friends along the way. Some passed away. Some friendships just faded away. Both have left behind feelings of regret. A byproduct of pursuing this dream of mine. Was it all worth it? The jury is still out on that one. But there are days when I would have traded it all in for just one telephone call. Not a text. Not an email. A familiar voice with genuine intentions.

Truth be told. I’m not everyone’s cup of tea. And I would be foolish to think that Vectorvault didn’t change me as well. Perhaps I’m less interesting because of it. Who knows. Who cares. This is me now.

I’ve never sent a text in my life

I don’t even use a smartphone. Truth be told, you can’t truly understand how unnatural it is to see an entire society staring at their phones all the time. That’s not me.
You can snicker if you like. I’m not Ahmish, I’m just different. But still capable of maintaining a design business and eye contact for more than 4 seconds at a time.

How do I survive in this hectic world without a smart phone?

I learned what I was made of

You never know what you are capable of until you are tested. And unfortunately, those tests never come at a time of our choosing. I’ve navigated through puzzling glitches and survived catastrophes. And with the exception of a couple of people – no one ever knew it. That’s a lonely place to be when the chips are down.

I set lofty goals for myself. Perhaps some were unrealistic for one man to do. It’s a character flaw.

I’ve always been the kind of person who wore several hats. As a designer, my portfolio has grown based on the projects that have come my way, not necessarily the things that I am best at. Or the things that I most love to do. And as those projects expanded in range and scale, it became harder and harder for me to answer the question:

What do you do?

Vectorvault has been my anchor. It reminds me of who I really am. And I hope that it reflects the community I serve.

My woman has my back

Not everyone has stuck by me. And who could blame them. But my wife has. Together, we have raised a couple of beautiful kids and managed to somehow stay in love.

She has learned to accept Vectorvault because she knows it’s a part of me. And with it’s many faults and failures, there is a person behind it who genuinely loves vector art and the people who wield it to their advantage.

If anyone deserves to see this brand succeed, it’s her. 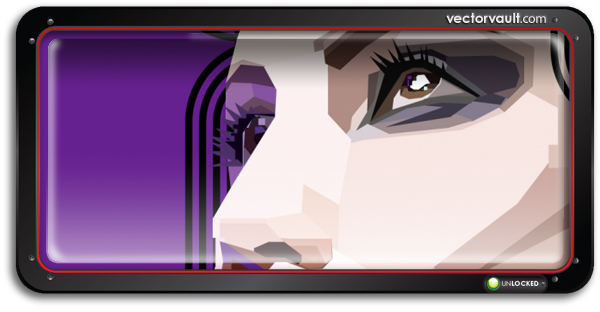 When I started down this road, I had no idea where it would lead me. Or who it would lead me to. The fact that are reading this, is proof that this brand is capable of finding its way to interesting people with good taste. Thanks.

The Vectorvault Community has grown, and their expressions are amplified here. For as long as this brand exists, there will always be a place for vector art and vector artists to shine.

Is this a success story?

Well, that depends on your definition of success I suppose. If you equate it with profit then the answer is quite clearly: Nope. But if you relate it to passion, perseverance and problem solving, then yes. Vectorvault did not just survive 10 years, it navigated it with flare and class. Two qualities that I hold in high regard.

What it lacks in quantity, it has made up for in quality. Every touchpoint has been designed thoughtfully with purpose. Success is not a grade you place on something. It’s embedded in the soul of a good brand. And that’s what I believe Vectorvault to be – A good brand.

Partnership I hope. If there is one thing I have learned from this experience, its that you can’t do it alone. I’m hoping that the right people with the right intentions see Vectorvault for what it truly is.

Perhaps thats you. Or someone you are connected to. Please share this story in the hopes that it finds its way into the right hands.

Thank you for reading

Did this story have an effect on you? Tell us about it. We truly want to hear what you think.