I was hired to brand a documentary

And it went very well. I was paid in full with gratitude. I was even asked to speak about the design during TIFF weekend in front of a room filled with Reggae Royalty. You can read my speech here. I felt appreciated and grateful. I met new friends and earned respect as an artist and person. 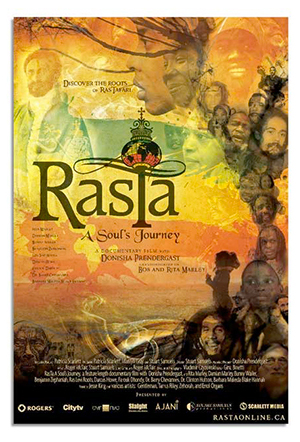 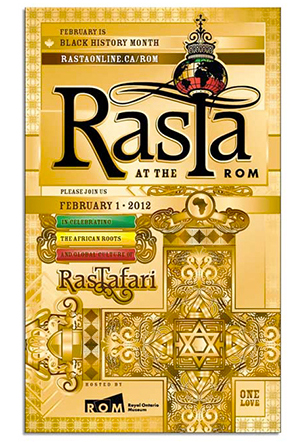 What an honour. I was teamed up with a scholar of African History, Tyson Brown (Author of Abba Keddus) to design a series of displays and a 40 page book. We immediately hit it off. And the experience of creating this museum exhibit with the production team was pleasurable. This was going to provide me with a small amount of cash to advance Vectorvault closer to it’s objectives. Or so I thought.
I was caught up in a love letter for the people of Rastafari. I put nothing but love into the work. It required the highest level of my skills. My concentration was on the work. Not the money.
The person who hired me saw an opportunity to expand this project beyond a documentary. And she asked me to help her achieve it. And I did. Why?:

I was emotionally involved in the work

I wanted to elevate the subject matter of the religion to the level that it required. I poured myself into it with passion and respect.

I had found guidance and mentorship

I had finally found someone who I could look up to. Someone who respected me as a designer and a person. I opened my home and studio to her. We held group creative meetings in my office and living room. She hugged my children at the door.

I shared my dreams for Vectorvault with her and told them that I was going to use the proceeds from her design project to move my dreams to the next level. I was so distracted by the prestige of this assignment that I did not see what was really happening. I was a credit card. Financing the ambitions of others.

After months of hard work, the day of the premier had finally come. But I noticed a distinct change in the way I was treated and presented to others. Something was different.

After a positive public reaction and a job well done, my client handed me a bounced cheque with her thanks and then got on a plane. What followed, was a brand tour that took them from New York to Tokyo and beyond.
From my perspective, the travel was financed with my money. My children’s money. And I was forced to watch every move in real time on the very social network that I had established for them. I had been hustled. And at the worst possible time.

The only person to stand by me was Tyson. The respect we had established for each other working on this project held. As a Rasta himself, he knew the difference between right and wrong. His actions and friendship during that time was the very essence of Rastafari in practice. Respect.

I got back every penny

When you steal from someone (money or time) your opinion about the methods in which it is retrieved becomes irrelevant. I wrote long emails that went nowhere. I called everyone on the project looking for help. I soon found that I was not alone. This was a pattern. And too late for me to do anything about it.

I took my bounced cheque to her bank and managed to seize half of the outstanding amount from her account (*remember that when you get a bounced cheque). Then I filed a lawsuit. And after 10 long months, I successfully claimed the rest. But I would not call it justice. The experience changed me and shattered my trust in people and the justice system.
In court, she played everything to her advantage like a pro. Probably not her first rodeo.

At one point, I clearly asked the judge for a yes of no answer to the question:

“Is the defendant wrong?”

I did not get an answer. Not a clear one anyway. And she was free to repeat this again.

Justice is a perception.

I needed to start trusting again

This was a pretty low point in my life. Even though I had taken my money back, I still felt empty. Injured. If Vectorvault was going to make it, I needed to stop feeling sorry for myself. So, I dusted myself off and got back out there. Lucky for me, I met some really great people, that eventually led to some interesting projects. Once again, Vectorvault vectors were there to give me the edge and turn a small profit.

Getting ripped off was a wake up call. I tighten up my business policies and began looking for ways to put the next phase of Vectorvault into motion. Regardless of whether I had the money or not.

I already knew that competing with some of the world’s largest advertisers was unwise. So I decided to position Vectorvault as a partner for large stock companies. That lead to the design for my most ambitious project yet: 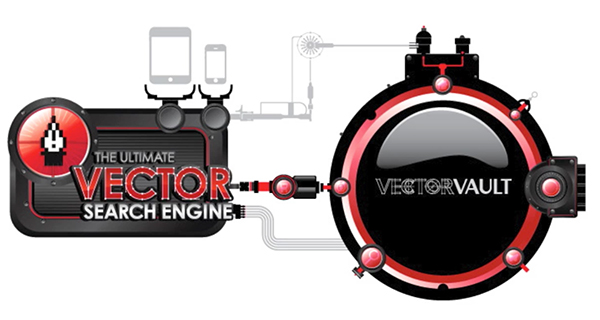 Designing it was one thing. Now I had to lead a team to build it

I grew up before the internet. So my professionalism comes from a pre-cell phone era. The generation divide of only 10 years is vast. I soon learned that my expectations would prove challenging for a young design team. Academics and real world applications are different.

It was challenging, but I got most of it completed. I even successfully convinced the Dean of the college to extend my time with my team a month. They still fell short.
Unfortunately, the full installation may never happen. Something I have no control over.

Read on to see what it was like to design and build my own search engine. The very first of it’s kind.
It’s construction is a story in itself. Come on, read one more: