(Video) Just Keep Going, You Got Nothing To Lose 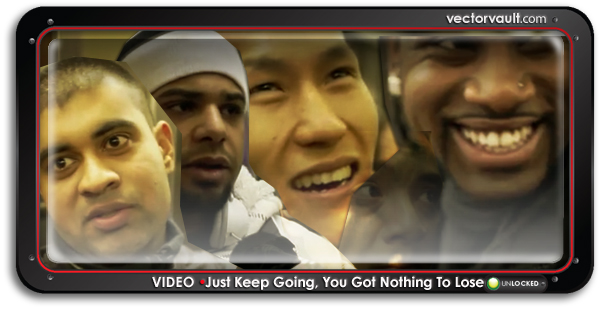 (Video) Just Keep Going, You Got Nothing To Lose

The irony of this post, is that the method of delivery is the very thing that has robbed us of our connection. I remember life before the internet. It will never be that way again.

Ken Burns has a new film coming out. In September, the documentarian presents The National Parks: America’s Best Idea on PBS. If Burns’ fans are excited, they can hardly be surprised. The guy’s obsessed with America. More specifically, he’s obsessed with the things that make America America. His previous films have explored its figures (Mark Twain, Frank Lloyd Wright, Susan B. Anthony, Thomas Jefferson), objects (the Statue of Liberty, Brooklyn Bridge), events (the Civil War, Lewis and Clark’s exploration of the West), and cultural products (jazz, baseball). Consider this list and a film on the country’s feelings about the land where all this happens begins to feel less like the logical next in line, and more like one that’s long overdue. No offense to jazz, but come on.

According to its Web site, The National Parks is “a visual feast.” It features “some of the most extensive, breathtaking images of the national parks system every [sic, PBS!] captured on film.” The story of America‘s treasured parks rolls out “against the most breathtaking backdrops imaginable.” In other words, America’s national parks are pretty.

Yes, images of the parks’ canyons and caves, glaciers and geysers, waterfalls and wildlife are pleasing visuals. They make great jigsaw puzzles and calendars. But for some of the system’s most intriguing visuals, you don’t even need to visit a park. Go, instead, to the Web site of the Harpers Ferry Center.

The Center serves as the interpretive design center of the National Park Service  NPS for short. The West Virginia town once produced firearms for the U.S. government (its arsenal famously raided by John Brown at the start of the Civil War); today it produces models and museum exhibits and audio tours for NPS sites. “Do you have an exhibit or furnishings project that is stalled because park staff are just too busy to do the research?” the site asks. “Harpers Ferry Center curators have researched projects from forts to stores to saloons at parks from Alaska to the Virgin Islands.”

As part of its surprising transparency (as a whole, the site makes a fascinating destination for anyone interested in how museums and parks and historic sites work), HFC provides tutorials, tools, and general insight on the process of interpreting America’s preserves. This includes the NPS symbols.

Let me explain. You know this man and woman, right?

When they’re not in the bathroom or parking in a handicapped space, they’re riding elevators and looking for baggage claim and seeking information on hotels and archaically looking for a land line.