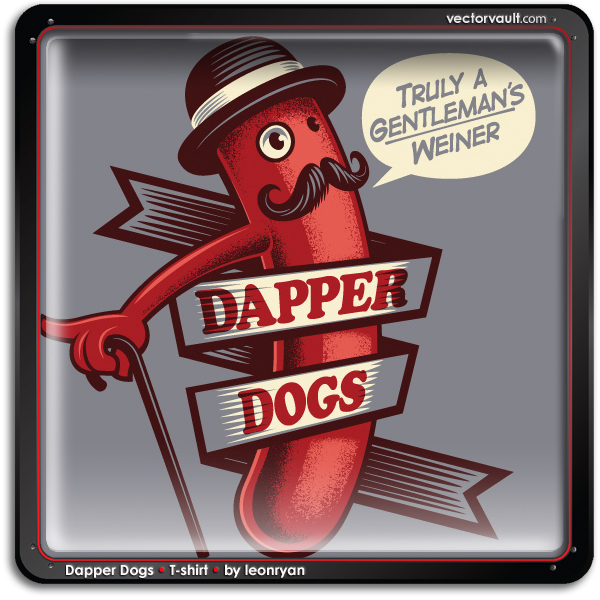 This one was uploaded to the Vectorvault Flickr Group and immediately caught our eye. Leon Ryan has pulled this clever illustration right off the grill. Smiles all around here at the Vectorvault Studio for this “fancy frank“.

This year our Flickr page has exploded with over 980 members and 8300 examples of vector creativity. If you have a vector design that you want to showcase, take the time to upload it on Flickr or any of our other thriving social media networks.

If you are like us, and you can’t get enough of Leon Ryan‘s work, “Deal” with this:

vector illustration – Chewbacca is a jerk Even in outer space, this is NOT cool. Chewbacca has crossed the line and deserves his privates frozen in carbonite. Shameful. Just shameful.

END_OF_DOCUMENT_TOKEN_TO_BE_REPLACED

What does this have to do with vector art? Nada. But we thought that you would enjoy a laugh today.

I think that the way that NBC handled the whole situation was a big mistake. Not just ethically but strategically. Conan (like it or not) represents a generation that is quite simply out of Jay Leno’s grasp.

Instead of focusing entirely on the ratings numbers, they should have moved Leno out to pasture and used Conan’s internet momentum to build a success instead of starting from scratch. It was a bad move because it showed the world that NBC has got one foot in the past while modern comedy media marches on.

Conan O’Brien premiers his new show tonight on TBS and like a red haired phoenix from the ashes, so too shall this 7 foot tall Irishman rise. Up yours Leno.

Check out this charming spot for American Express – a brand that is hitching it’s wagon early.

END_OF_DOCUMENT_TOKEN_TO_BE_REPLACED 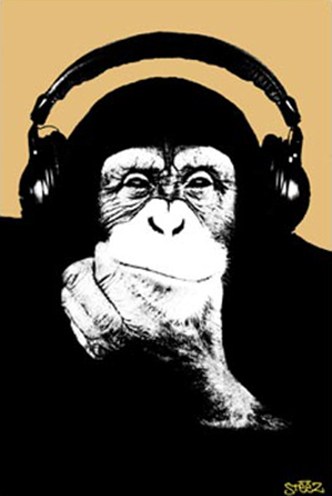 At $3.95, this poster has tow great things going for it. What’s the second thing you ask? It’s got a monkey wearing headphones. Are you not paying attention.