May the force be with you

The highly anticipated trailer for Star Wars: The Force Awakens (also known as Episode VII) just debuted online, offering the first official look at some of the big characters and exotic places we’re going to see when the J.J. Abrams-directed film bows next year. Picking up thirty years after Return of the Jedi left off, The Force Awakens brings back original stars Harrison Ford, Mark Hamill, and Carrie Fisher, though it falls to new additions like John Boyega, Daisy Ridley, Oscar Isaac, and Adam Driver to lead the series into the future (even if that future takes place a long time ago in a galaxy far away). This teaser runs a mere 88 seconds, but as a tasty little morsel of Force-related goodness, who can quibble? Star Wars: The Force Awakens will be out December 18, 2015.

How about some concept art? 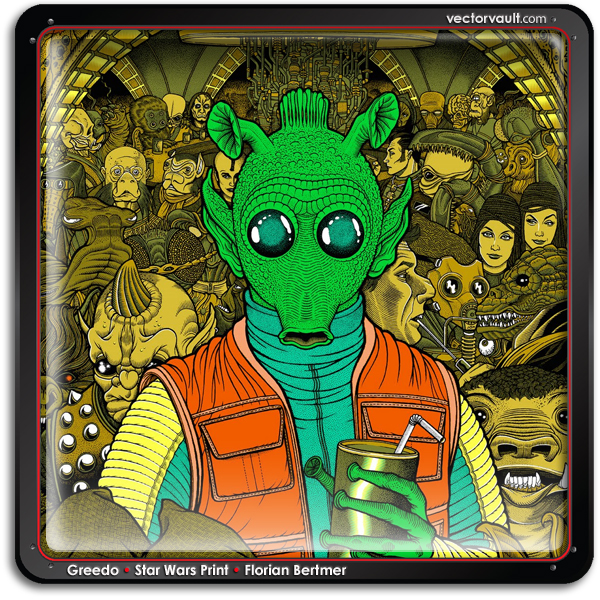 Florian has produced this extremely detailed portrait of Greedo from the original Star Wars cantina scene. The poster is entitled: Han Shot First (which is true). This is excellent for so many reasons. Go get one and hang it in your locker at once.

And in case you were wondering. Han did shoot first: