Over the past six years, the world has become familiar with a little blue bird. The bird is everywhere, constantly associated with Twitter the service, and Twitter the company.

Starting today youll begin to notice a simplified Twitter bird. From now on, this bird will be the universally recognizable symbol of Twitter. (Twitter is the bird, the bird is Twitter.) Theres no longer a need for text, bubbled typefaces, or a lowercase t to represent Twitter.

Our new bird grows out of love for ornithology, design within creative constraints, and simple geometry. This bird is crafted purely from three sets of overlapping circles  similar to how your networks, interests and ideas connect and intersect with peers and friends. Whether soaring high above the earth to take in a broad view, or flocking with other birds to achieve a common purpose, a bird in flight is the ultimate representation of freedom, hope and limitless possibility. 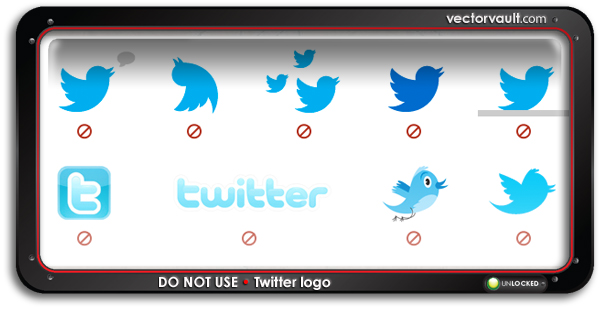 Use our official, unmodified Twitter bird to represent our brand.
Make sure the bird faces right.
Allow for at least 150% buffer space around the bird.
Don’t: