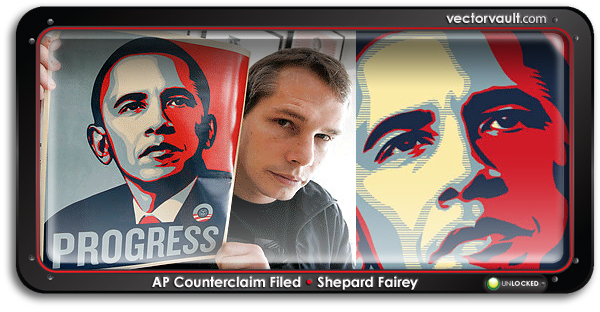 NEW YORK 
The Associated Press countersued an artist Wednesday over his famous image of Barack Obama, saying the image’s uncredited, uncompensated use of an AP photo violated copyright laws and signaled a threat to journalism.
The artist, Shepard Fairey, sued the not-for-profit news cooperative last month over his artwork, titled “Obama Hope” and “Obama Progress,” arguing that he didn’t violate copyright law because he dramatically changed the image.
The artwork, based on an April 2006 picture taken for the AP by Mannie Garcia, was a popular image during the presidential campaign.
According to the AP lawsuit filed in federal court in Manhattan, Fairey knowingly “misappropriated The AP’s rights in that image.” The suit, which also names several companies Fairey uses to market his work, asks the court to award AP profits made off the image and damages.
“While (Fairey and the companies) have attempted to cloak their actions in the guise of politics and art, there is no doubt that they are profiting handsomely from their misappropriation,” the lawsuit says.
Fairey’s lawyers and representatives for the companies had no immediate response.
The red, cream and light-blue image depicts a pensive but determined-looking Obama gazing upward, with the caption “HOPE” or “PROGRESS.” It became a familiar sight on buttons, shirts and other items, garnering Fairey a thank-you letter from Obama and more than $400,000 in profits, according to published reports.
Fairey’s lawyers acknowledge the image is derived from Garcia’s photograph, made at the National Press Club in Washington while Obama was a senator.
Source: The Huffington Post