Lenticular printing is a specialized image process that uses bevelled lenses to create the illusion of depth or motion. Although the original process dates back to 1896, this process has come a long way. 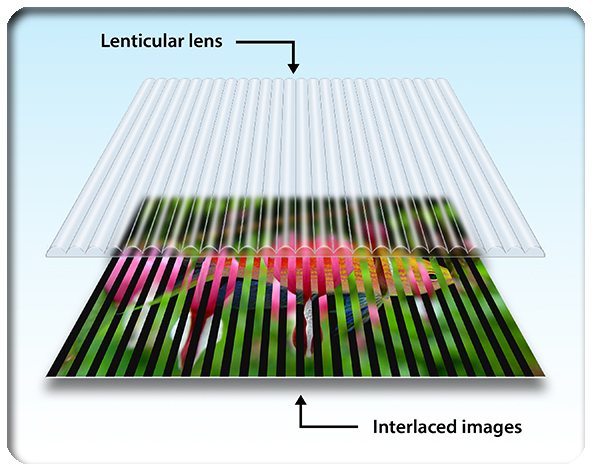 I’ve been fascinated with lenticulars ever since I pulled one out of a Frosted Flakes cereal box in the 80’s. I could not understand how an image could move simply by the way that I moved it in my hand. Years later, I would be given the opportunity to design several of my own. One for Miller Genuine Draft. Looking back, that was almost 15 years ago:
END_OF_DOCUMENT_TOKEN_TO_BE_REPLACED

END_OF_DOCUMENT_TOKEN_TO_BE_REPLACED

In a land called Kumandra, split into five different regions, a warrior named Raya searches for the last dragon in the world.

END_OF_DOCUMENT_TOKEN_TO_BE_REPLACED

My wife bought me some wood panel canvases that have been sitting in my studio all week. Last night, this image popped into my head and I could not shake it loose. So today, I pealed myself off of my computer and decided to make it a thing.

The greatest threat to North American jobs is not immigrants. it’s AI.

END_OF_DOCUMENT_TOKEN_TO_BE_REPLACED

When I was a kid, I collected comics. The Secret Wars series was a storyline that crossed over into all of the Marvel titles. Brilliant marketing at the time, because it forced you to explore other characters. Years later, the Marvel Universe is well understood by an entire generation.

My younger brother has a PHD in this subject. So, when I left home to move to the big city, I left him my comic book collection. It spawned a magnificent catalogue of comics that just blows me away. He is a true collector.

He returned this comic to me on my 40th birthday, so on his 40th, I made him this:

This is what I made my brother for his 40th Birthday today. – A one of a kind, 3D @Spiderman #SecretWars #8 – Checkmate Bro. pic.twitter.com/Ygeub8MOd7