Precious metals harvested deep from the Earth. Forged to hold lightning and the enthusiasm necessary to move ahead. Fuel cells with full bars. Soft glances backed with honest intentions.

This piece is based on an original digital artwork from the art show entitled Branded™ (2008 – Supermarket – Toronto). You can read more about that month long exhibition here.

The 12 pieces in this show later became art prints in various colours. The original for this piece was entitled Audrey and was sold here. This year I took her as a base and began to breathe new life into it for the Metaverse.

I animated over 500 layers manually in Photoshop and Adobe Illustrator. Then minted it and listed it as an NFT on July 24, 2021.

Erin Mcgean kicked off the bidding for this NFT on September 5, 2021. In celebration of this, as an extra, I am including a gift. It contains a multi-layered, plastic print sample from the original 2008 art show production. It is signed and numbered. These 5 plastic layers have been assembled with an open back frame so that you can allow light to shine through it or hang it on the wall. A nail notch is also included. This piece is not attached to the NFT “Charging Station” it is a bonus original.

Also included, an original signed invitation from the 2008 art show Branded™ (a collector’s item in it’s own right), a limited edition Vectorvault metallic foil sticker set along with a letter from the artist and a certificate of authenticity – and some surprises.

Packaged and ready to be delivered

A custom shipping container has already been cut. Once the shipping address for the winning bidder for Charging Station has been confirmed, this extra art gift will be shipped out promptly within 24 hours. 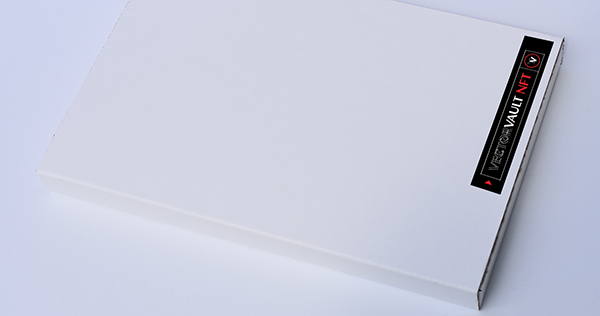 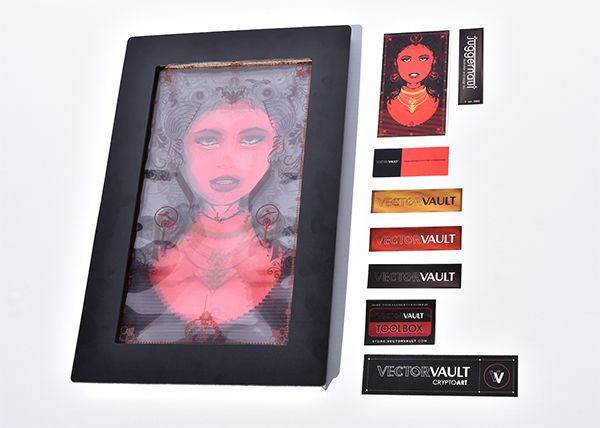 Thank you for your interest. 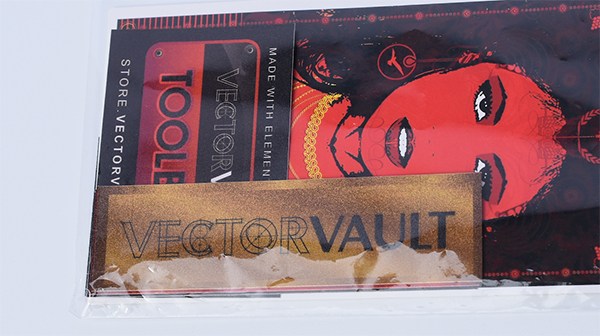 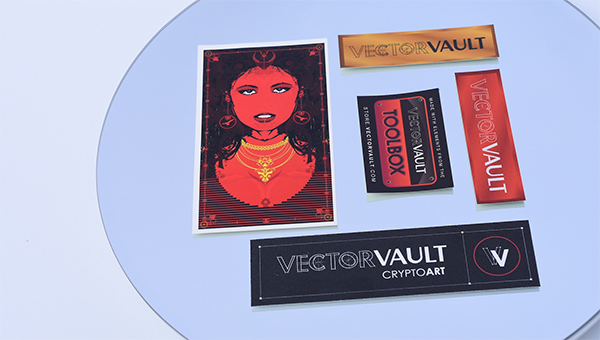 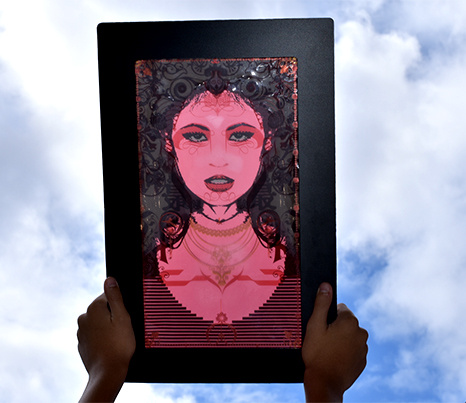 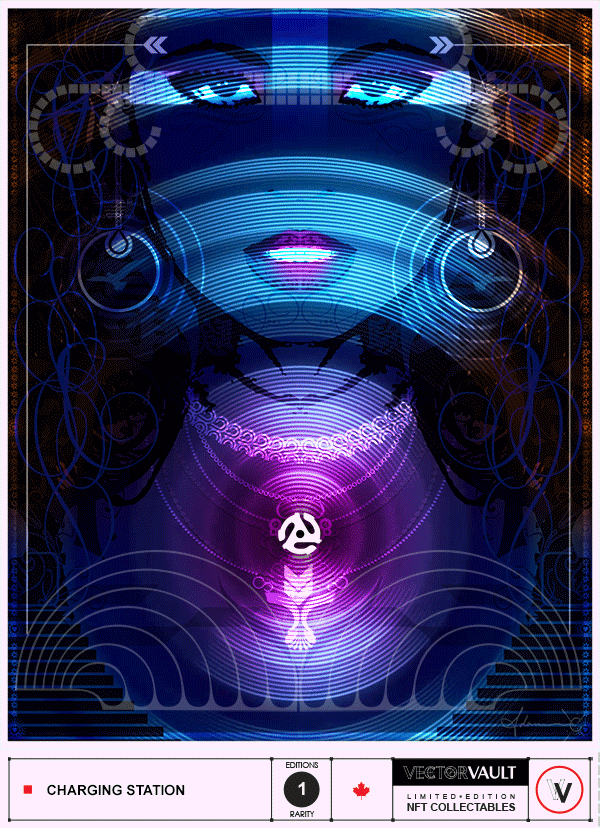 The entire story of this NFT is captured on this page. Including those who participated in the auction.

The winning bidder is also the only bidder, Erin McGean. Her purchase will not only be captured on the blockchain, it is also recorded here. One of the main purposes of this NFT catalogue is to improve subsequent sales for future buyers and offer additional value for this investment.

A special thank you to Erin for her continued support of my art.

The opening bid came in on Saturday night of Labour Day Weekend. I had plans for a family BBQ the following day. Right in the middle of the bidding cycle. Not only did I put together photos of a physical art set, I also prepared a set of social media posts designed to reach NFT collectors and Creators.

I strategically dropped posts along side manning a BBQ and entertaining family. No small task. I decided to capture the promotion as well:

For the bonus physical art gift that comes with the purchase of my “Charging Station” #NFT, I’m all set to ship. 24 hours after the final sale, these one flies out: https://t.co/hnNZ8D8N1w pic.twitter.com/9wx3xzHDXo

With only a few hours left go, I created a page for my #NFT “Charging Station” in my #NFTdirectory. My plan is to capture the whole story and offer the #NFTcollector who places the winning bid – some real value for secondary sales. https://t.co/hnNZ8D8N1w @lifewithart_ @clubb_q

To enhance the bidding for my #NFT “Charging Station” – I have also included an extra bonus art set. Not attached to the NFT – an extra – for the winning bidder. Shipped out in 24 hours. https://t.co/585xoaxXms #NFTcollector #NFTliveAuction :: 4 hours remaining pic.twitter.com/Ey1YUrafMv

Adding some physical bonuses to generate excitement around my #LiveAuction for my #NFT “Charging Station”. In addition to a 1 of a kind signed test print of the original art that inspired this NFT, I’m also throwing in a rare, foil Vectorvault sticker set. https://t.co/585xoaxXms pic.twitter.com/aIDNoXFUAv

Explore other Vectorvault NFTs on Foundation

Please take a moment to look at some of my other one of a kind digital pieces. If you buy one, a page similar to this one will capture your purchase and strengthen it for secondary sale. Consider investing in a Vectorvault NFT. I create things with the intention of increasing their value for you over time.