To celebrate their Centennial Anniversary, Canadian Tire has collaborated with Josh Hy and 4 other Canadian Creators to create 20 of 100 NFTs. These one of a kind digital keepsakes are blockchain-verified and crafted in Canada. Learn more about Josh, his work and how you can acquire one of these special creations.
*Rules at treedecorator.canadiantire.ca

Being Canadian, working on a Canadian NFT project with the iconic Canadian Tire brand. It just doesn’t get any more Canadian than this. 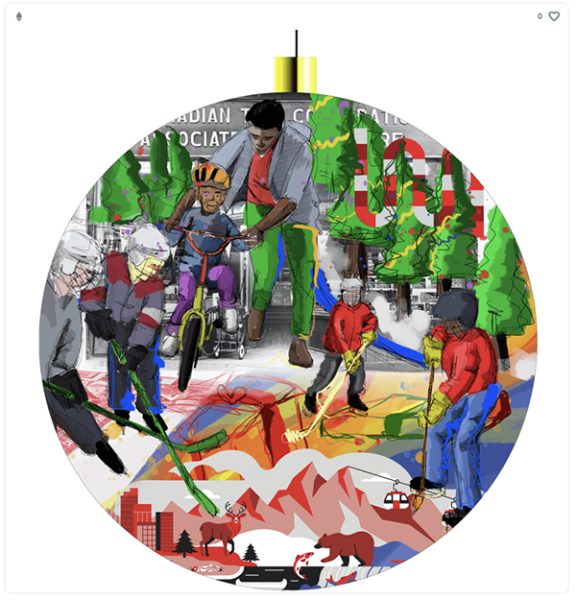 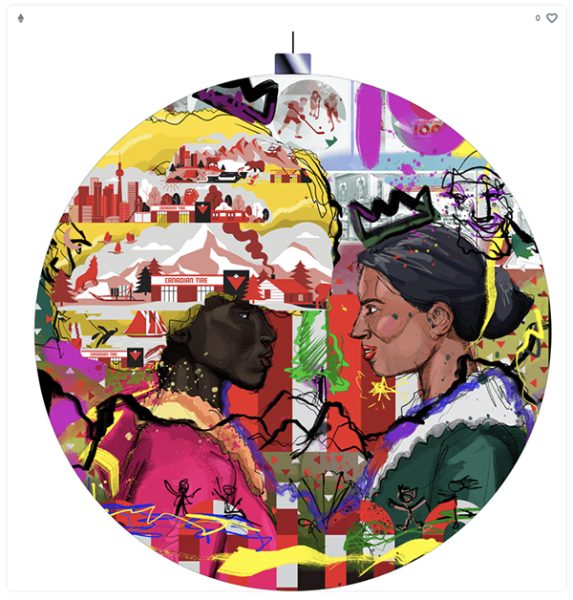 When we see something beautiful, we don’t often question where it came from or why. However, understanding an artist’s perspective can inspire something more in us, whether it be the behind-the-scenes footage of a cult-classic film or a YouTube video of a musician explaining the meaning behind their most popular song. That’s why when I was asked to interview Josh Hy, an accomplished artist about what inspires his work, I jumped on the opportunity to better understand the story behind his creations and go behind the scenes to the soul of his art.

Josh Hy is a mixed-media digital artist based in Toronto, Ontario. A descendant from Jamaica, he earned his Bachelor of Graphic Design from George Brown College and is an active member of the community by mentoring emerging young artists, new alumni and recent graduates. His work has been shown at various institutions across Canada and the UK, including ACCIDA (Brampton), George Brown College (Toronto) and Bickerton Grace Gallery (London) and at various auctions including Show Jump for Hearts (Uxbridge) and MakeRoom Inc. (Toronto). His work has also been published by Living Lux, Chaarmz Magazine and Chromart Magazine. I spoke with Josh to get a better sense of who he is and was inspired by the result.

I started by asking Josh how he knew he wanted to be an artist. I am always fascinated with any professional’s answer to this question because most people who are truly amazing at what they do have a deeper answer than a simple, “because I’m good at it”. When he was around nine years old, Josh’s dad did a sketch of a portrait and Josh was so amazed by it. His dad encouraged him to try it out for himself. Josh was hesitant, saying that he wouldn’t be as good as him; however, his dad confidently told him that he would be better. In Josh’s words, “That is what ignited that passion. He showed me the door and I chose to open it.”

When you look at Josh’s work, you will see that he focuses mainly on realistic portraits, going back to his childhood, which challenge him and help him become a better artist. His art consists mainly of portraits of the celebrities who have inspired something in him, like Chadwick Boseman who had so many accomplishments in the little time he was given on this earth. As a black man, Josh has experienced biased treatment and is inspired by Chadwick’s ability to pave the way for others like him. His Chadwick piece takes a powerful image of the actor and adds an element of excitement and joy in the colours and textures.

Take a moment to explore some of Josh’s NFTs:

For Josh, art is about more than the technical aspects – it is about the soul. While the technical side of his work focuses on achieving a lifelike result, “Abstract Expressionism” is how he describes the soulful part of his work. The technical realism and the soulful expressionism merge to create Josh Hy: an artist whose style is constantly changing. Josh says that when he creates a piece, his subconscious has already completed the work and creating it is just catching up to see the final result. Josh finds an image that speaks to him and in his words, “I elaborate and let the soul really come through.” Such a beautiful concept that truly describes the mind of a creative.

For Josh, being able to do what he loves – being an artist – is very rewarding and heartfelt. Having a positive impact on others through his art as well as all of his accomplishments so far make him feel very fortunate. Knowing the behind-the-scenes of his soul and subconscious leave simple art-appreciators like me feeling like I am a part of something beautiful. I am excited to follow Josh on his journey and will always remember the story of the excited nine-year-old hoping to one day create portraits like his dad.