Lonewolf is a dj, producer, promoter and all around terrific guy. His music has hit the international club scene with a magnetic response from both club goers and djs alike. Lonewolf paid his dues in the late night hours of Toronto in the late 80’s with an addiction to underground house. Almost 20 years later, he’s making his own music and testing them out on the dance floor at one of his many events. He’s a fan of electronic music, and always out there supporting his fellow djs.”Celebrate the Life” was the first featured release on his debut demo. The track featured vocals by Nicky Lawrence and was a huge hit for this talented artist. The demo required packaging that matched Lonewolf’s particular brand of stylish soul. He wanted something that was modern but also tipped it’s hat to one of his idols: The goddess Pam Grier. This is where he directed it: 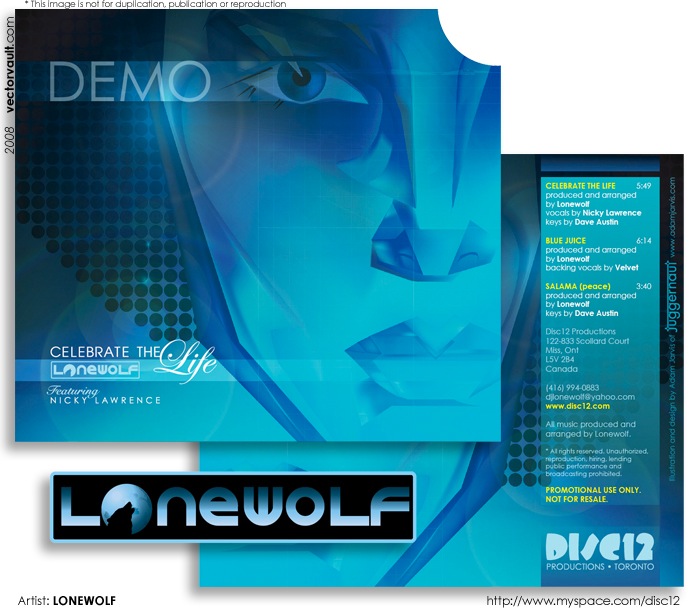 Although this was only a small run, the creative packaging peeked the interests of many industry players. This ultimately lead to Lonewolf‘s second release on Camio Recordings in the UK. 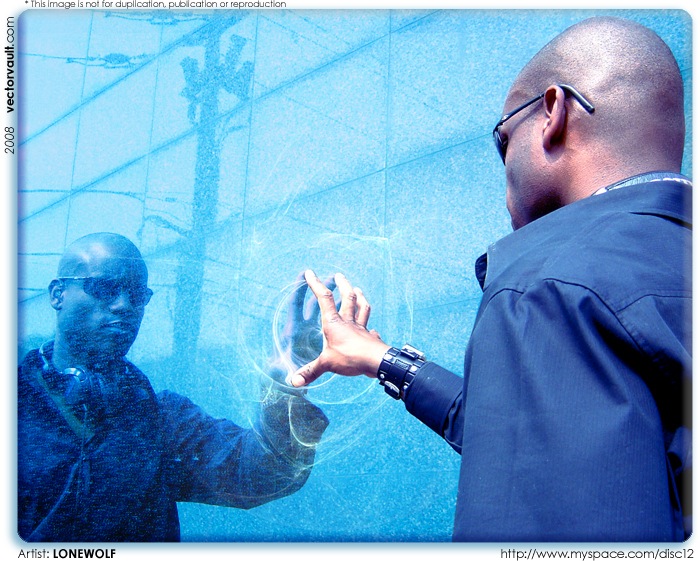 Lonewolf is a fan of Vectorvault and we are in turn a fan of his. He has used Vectorvault artwork on his latest release and always sung the praises of good design and great music feeding off of each other.

Lonewolf is truly a disciple of Garage Deep House music. He has been active in the Toronto scene since 1987, and has participated as a dj, promoter and producer. In 1998 he started Disc12 a promotional production company that showcases up & coming Dj’s and producers. It has become an active and evolving resource for a community that craves the latest information on Toronto’s underground social network. Disc12 is also the engine behind several promotions. “After hours” parties, club dates, concerts, and specialty events like the “The Soul Hustler’s Convention” are just a few of the methods keeping this scene alive.Taking influences from some of the world’s finest Dj’s and producers & paying tribute to early US Garage and House producers and singers like CeCe Roger, MAW, Francis K, Ron Trent, Roy Ayres to name a few. Lonewolf continues to create innovation through music whether it be for TV, Commercials or for the Dancefloor making music that people can groove to, while staying true to his soul.

“I like to set a tone or atmosphere and play within the borders that I have defined with uplifting music, a message of peace, and soulful rhythms.”