Soul Hustlers Convention has been hammering out social events for several years now. Each party has an all-star line up of recognized djs. This image was commissioned for the poster, flyer and email advertisements. This collective of talented promoters and producers have been long time fans of vector art. They have adopted this style for many of their other events (Love Sensation, New Years 2007 ) and plan to continue supporting the art in the future. 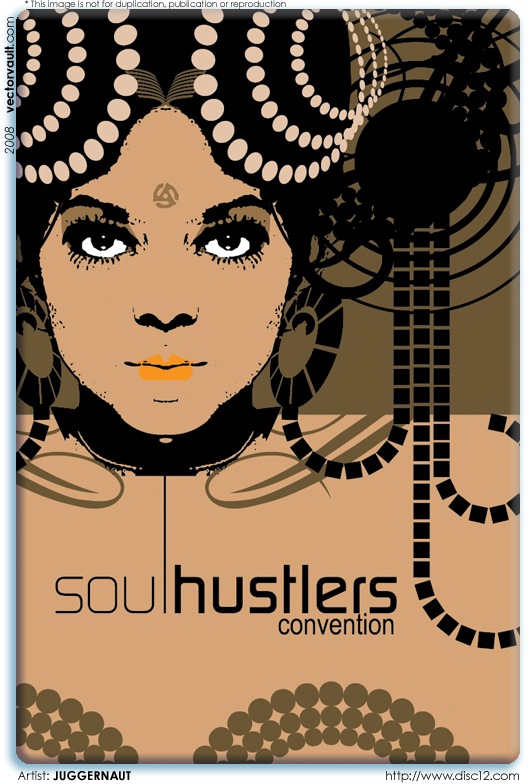 Here is another example of one of their event posters from May of 2007: 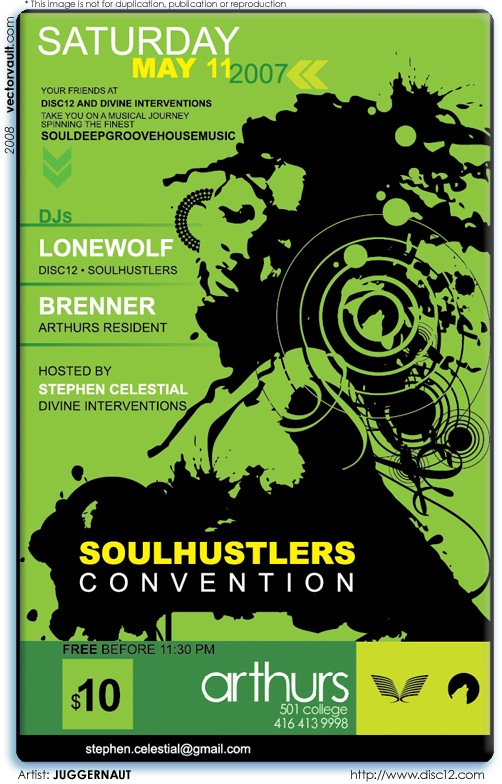 Both of these posters were produced using elements from the VECTORVAULT  Collection.