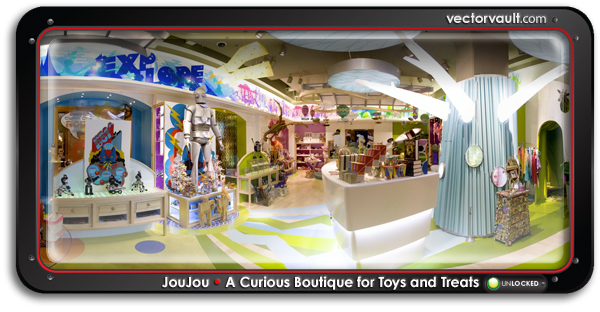 The Grand America is a luxury hotel in Salt Lake City, UT. With 775 rooms, the 24-story hotel is one of the select few to earn the title of AAA Five Diamond Hotel. Apart from fancy rooms with Murano crystal chandeliers, handcrafted Richelieu furniture, English wool carpets, Carrera Italian marble, and the finest fabrics, the hotel features a handful of high-end stores, including the brand new JouJou: A Curious Boutique for Toys and Treats. Local firm Struck was in charge of developing this whole new little world.

END_OF_DOCUMENT_TOKEN_TO_BE_REPLACED

“The brief was simple. Nestlé wanted to illustrate the essence of their chocolate bars. Vectorvault was the right collection for the job. Primarily because we needed a variety of images to represent a diverse range of themes. We decided on going with the Deluxe Editions because they gave the best price and value.
Nestlé was thrilled with the results. However, they requested many subtle changes to the illustration before it went to final art. This collection gave us the freedom to adapt and edit quickly without jeopardizing the finished product.”
– Adam Jarvis

This campaign can be seen across Canada and is expected to be around for awhile.
We hope that you will take a moment to bookmark the Vectorvault Store. Discover what Nestlé has already learned: Vectorvault is a useful tool at a great price.