Director Sylvain Chomet, the genius who brought us The Triplets of Belleville, comes this magnificent animated tale of friendship and magic.
The reviews for this one are already very good. Do yourself a favour and see this film. In a world where digital animation is the only box office juggernaut that matters, gems like this sometimes get lost.
_____________

“The Illusionist is one of a dying breed of stage entertainers. With emerging rock stars stealing his thunder in the late 1950s, he is forced to accept increasingly obscure assignments in fringe theatres, at garden parties and in bars and cafes. Then, while performing in a village pub off the west coast of Scotland, he encounters Alice, an innocent young girl, who will change his life forever. Watching his performance for the excited villagers who are celebrating the arrival of electricity on their remote island, Alice is awestruck by his show and believes his tricks are real magic. Though they donthusiasm for his act, The Illusionist rewards Alice with increasingly lavish gifts he has ‘conjured’ into existence. Desperate not to disappoint her, he cannot bring himself to reveal that magic does not exist and that he pretend. Untangled from his own web of deceit, he resumes his life as a much wiser man.”

END_OF_DOCUMENT_TOKEN_TO_BE_REPLACED 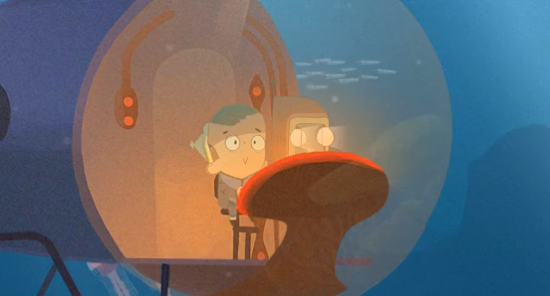 Japan,
KOJI MASUI is one of the world’s greatest ultra-realistic vector illustrator. He is a master at handling complex gradient mesh techniques to create vectors that are photo realistic. Here is an example of his work in the form of a French Horn. Notice the way the makes polished metal seem so easy.

Calais, France –
Lowpop has created this interesting piece called “Liberty Rising”. One of our dedicated Anchorpoint members found this gem. It’s a fitting take on the American icon, especially since it was the French who created it. Very dynamic and interesting.

Monica b. (2007)
Adobe Illustrator and Photoshop
Take a moment to visit his portfolio to get a glimpse of some of his other interests.