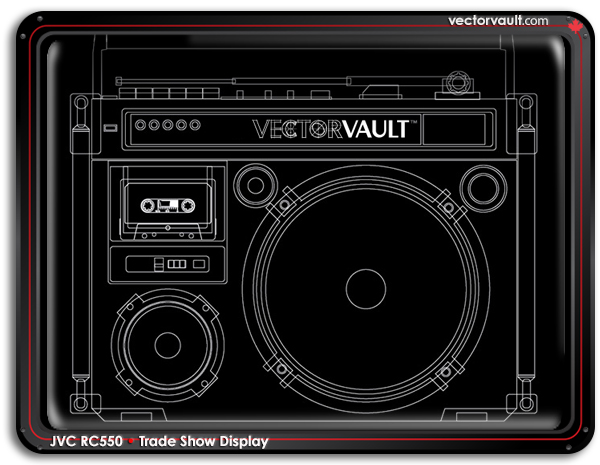 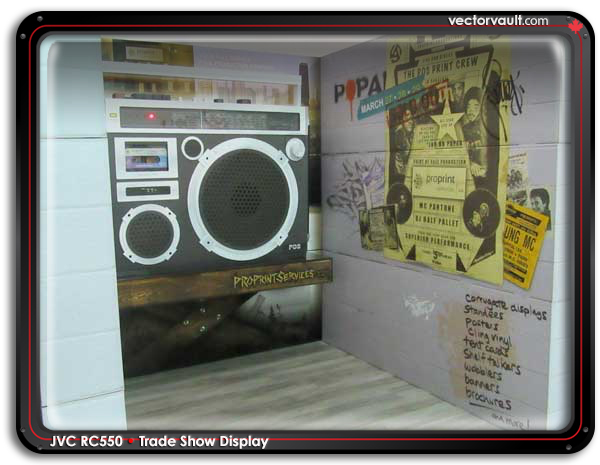 END_OF_DOCUMENT_TOKEN_TO_BE_REPLACED

URBANCE is based on a short film by animator Joel Dos Reis Viegas. The neon-colored series combines elements of SF, hip-hop, and just plane rave-flavored action: ‘In the big city, gender war rises. Sex is prohibited because of a genetic deadly virus. Ruled by hate and anger, boys and girls grow up apart from each other, forming rivals gangs. Among these lost teenagers, Kenzell and lesya will fight adversity and defy all the rules in order to live their love and restore peace.’

END_OF_DOCUMENT_TOKEN_TO_BE_REPLACED

It’s inevitable. At some point in your career, you’ll find yourself designing a flyer for a dance club. It’s the natural law of the universe when it comes to graphic design.
Vectorvault Dee Jay is the answer you’ve been looking for. So pull a couple of hits out of the crate with these FREE SAMPLES.

Colorado Springs, USA –
A short while back, we put out the word on one of the most impressive downloadable paper craft projects out of Japan – A paper At-At modeled from The Empire Strikes back. Every component was free to download with a full set of instructions. We also challenged the Anchorpoint community to take a stab at putting one of these bad boys together. Alas, no one seemed to have the “plums” to step up and take a shot. That is until news of this challenge reached the ears of poet, engineer, dj, producer, promoter, MC, artist and creative dynamo – DISTRAKT.

Not only did this cat jump right in and put one of these extremely complicated puzzles together – he filmed it, overlaid animation, his own audio track and posted it as a vlog. I’m not going to lie, when I played this video for the first time I just about spit my Froot Loops all over my monitor. This guy is the “New Hope“.

So who exactly is Distrakt? Well, to answer that question I had to dive into all three of his sites. His main site, blog and MySpace page paint a man with a diverse range of interests and talent. The center of his passion lies in his devotion to Hip Hop. But not the typical bubble gum “Hip Pop” that pollutes the airwaves today. Distrakt‘s voice takes me back. His style seems more in line with 90’s powerhouses like A Tribe Called Quest, The Pharcyde and modern masters like Talib Kweli.
In my younger years, Hip Hop used to speak up through the clutter. I guess it’s still talking, but it does not seem to talk to me any more. I guess we’ve fallen out of love. Distrakt is hanging on to a sound that punches you right in the chest. Hard. It gives me hope that Hip Hop is alive and well in it’s true form.
*** Now, I want you all to march on over and get to know the Distrakt collective. He’s got some terrific music for sale – take a listen and then buy it
At Vectorvault, we tip our hats to those who keep it moving. Thanks to Distrakt for taking the time for us. Respect.
Distrakt.com
MySpace
Blog
Press KitMusic for sale
You may also like:
STAR WARS VS. SAUL BASS
HELP ME OBI WAN KENOBI, YOURE MY ONLY HOPE

Philadelphia, PA, USA –
Lumumba Sanders is a freelance illustrator from Philly with a love for hip hop. He has been an active Anchorpoint member since March of 2008. Since then, his work has been discovered by other vector artists within this community. Many of them have bookmarked his site in hopes that we would draw some attention to his work.
His work seems ideal for editorial assignments and music branding. Perhaps he’ll connect with a few rising hip hops stars and get some real attention. We were also reminded of artists like Goldi Gold (another Anchorpoint alumni).

We selected a few of his portraits of Talib Kweil, The Notorious B.I.G. and The Roots. However, his talents also apply to other genres. Check him out.

Atlanta, GA –
Goldi Gold is an artist that caught our attention over a year ago. His sharp, distinct style is rooted in the music that he loves: Hip Hop. There is no doubt that Atlanta has been the launch pad for many Rap juggernauts, and by the looks of it it also serves as a home base for exciting visual artists as well.
Goldi is actively marketing his work online and has built a reputation as an illustrator on the hustle.

Goldi’s style is simple to digest, and easy to connect with. His portraits are based on music heavy weights and strong personalities. He doesn’t just like Hip Hop. He lives it. It is the fuel for much of his subject matter. We admire his passion.

“I go by the name GOLDI GOLD, born in raised in many areas in New Jersey, made powermoves to Atlanta during the seconding coming of hip hop in 94. During the day I do blue collar work to sustain my addiction of art. But at night i morph to a beast that murk heads with dirty digital graphics composed with ill color combos, graff inspired backgrounds and flipped subjects matters which are cloaked and projected to give people hip hop in another form. I incoprate all this in my part-time freelance illustrator/full time part owner clothing line(jungle45)/parttime artshow promoting steez. My motto”I want to put the ghost in the shell of computer graphic. I was doing vector art without even knowing it. I know I had the program streamline so I use to draw my images with think lines and streamline it, which trace over the lines automatically. but 1 day the streamline stop working so I had to use the pen tool. Oh! I dreaded useing the pen tool at first but it became second nature with practice and the more details I put in my pencil work the iller it would come after I was done computer illustrating it. It came to the point people question my pencil work because they thought I traced the photo. Then Blam!!!!! The pencil work than a greater appreciate often occur. clients Ive do most of the underground mixcd in Atlanta. Work comes and goes. If I had the list of people that actually came through with the ends for artwork my resume would be a beast!!!!”

Look out for this cat. He’s heading for something big. Respect.

He is available for freelance projects and welcomes feedback.