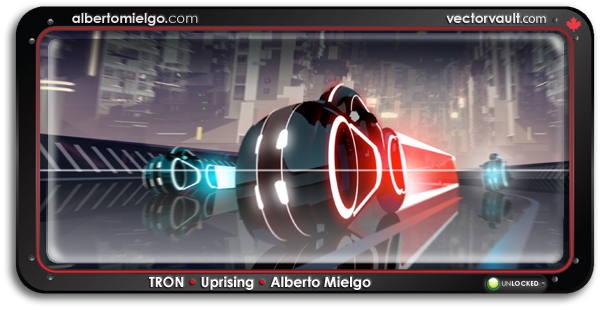 TRON Uprising which airs on Disney’s television channel Disney XD, in the United States. The show premiered on June 7, 2012, and is directed by Charlie Bean, who will also act as executive producer alongside producers Edward Kitsis and Adam Horowitz.
Vector artist Alberto Mielgo has art directed this world with great texture and detail.
END_OF_DOCUMENT_TOKEN_TO_BE_REPLACED