Tron took inspiration from other vector based video games like asteroids, battlezone, and Star Wars. And pushed it’s art direction into a neon palette set against darkness. It was the first full length computer animated motion picture, but as you can see by any 5 year old’s dvd collection today- it was not the last.
MORE IMAGES AFTER THE BREAK:


Now Disney is releasing the much anticipated sequel: TRON LEGACY directed by Joseph Kosinski.
In an age that is immersed in the internet, it seems as though our civilization has final caught up with the original vision. Or warning as the case may be.
In anticipation of the film’s release, the new book: THE ART OF TRON LEGACY has hit the shelves with excitement from kids of all ages. It contains some of the most impressive examples of digital art from any movie in recent memory.
_

The160-page high-end book, The Art of Tron: Legacy takes fans inside the art and design of the upcoming film Tron: Legacy. The book will showcase beautiful concept illustrations, set designs, character bios, images from the film, and an afterword by the films director, Joseph Kosinski. The landscape trim format, striking jacket image and a color treatment made specifically to bring the world of Tron to life, make this stunning addition to anyones collection.


This book is a great gift for any designer or movie buff. It’s filled with some stunning conceptual sketches and virtual models. The franchise certainly has come a long way, and the design contained within this art book showcases that well. With some interesting perspectives from an army of talented illustrators, it takes you deep into “The Grid”.


I am writing this post on my laptop sitting in front of the Uptown Cineplex. I am first in line – and so help me. I will not be moved. Why? Here’s why: 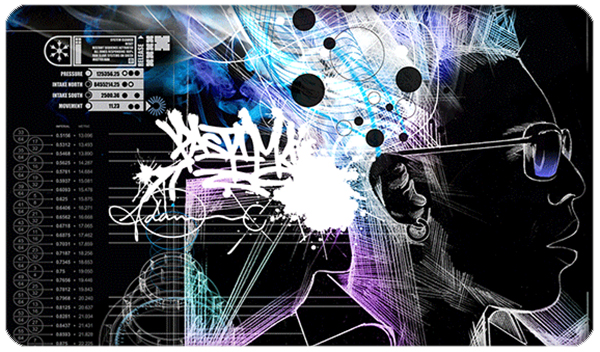