Miller Genuine Draft still believes in experiential marketing. The Miller Music Tour is one of the most incredible music promotions in the world. The premise is simple: fly over 200 people from over 13 countries into 3 American cities for a 6 day music experience. The Hive Strategic Marketing Inc. (Toronto, Ontario, Canada) is the brains and the muscle behind all 6 yearly events. This project had a low budget, and required an ownable icon that would translate across several markets. From that brief “Olivia” was born. 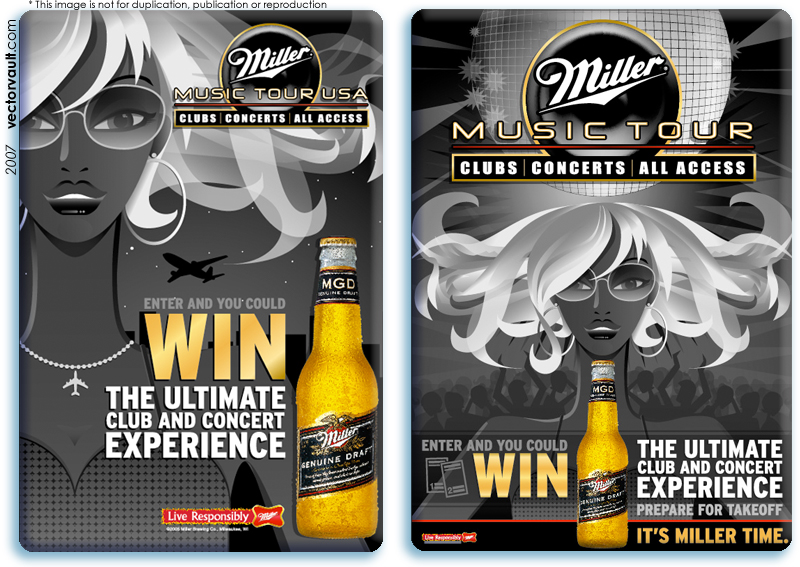 The POS was featured in several languages around the world and became the face of the program. This was especially a hit in Korea where Miller Genuine Draft have a successful chain of pubs called The Miller Time Cafes. Olivia’s friendly smile connected with consumers there and boosted brand image throughout Asia. 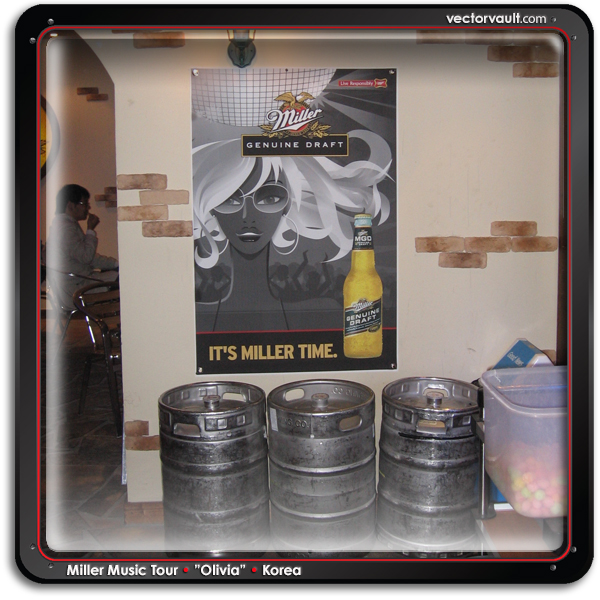 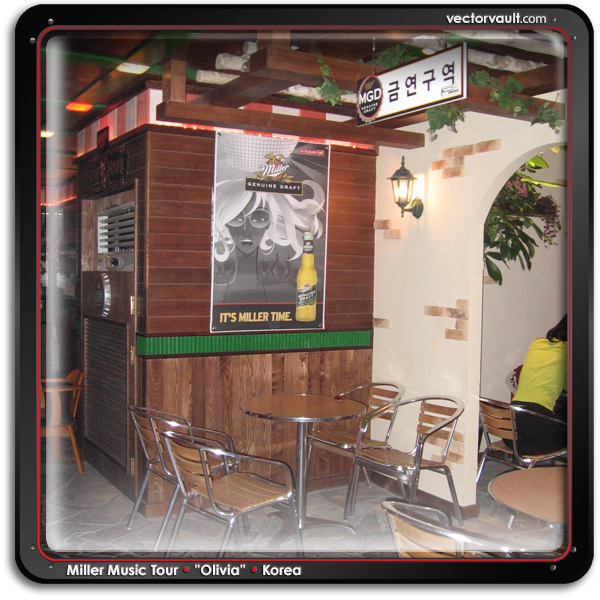 Soon after followed an animated television spot. The animation was done by Topix (Toronto, Canada). They did a terrific job bringing Olivia to life. The television spot was then provided to international markets so that they could re-dub the English voice over to suit their marketing needs.