Round and round we go. This tribute NFT is inspired by countless hours of listening to music on vinyl. Reading liner notes and admiring the artwork of album jackets. Dropping more needles than a seamstress. Pulling memories from milk crates and dancing the night away.

The second NFT minted for the “Black – White – Red” collection.

This NFT was created as a tribute to audiophiles everywhere. For those who love vinyl albums and the art that accompany them. A deconstructed breakdown of the inner mechanics of a turntable. Dropping the needle on an iconic piece of equipment.

When I was a young teenager, I met this kid who invited me over to his house after school. As it turns out, his dad was a DJ and his basement was filled with records. Every day after school we listened to music and admired the album jackets. These afternoons effected my understanding of music and my tastes to this very day.

Music has played a strong role in my life. I became actively involved in the legendary Toronto House Music Scene of the late 80’s and early 90’s. I organized parties and befriended many DJ’s who I consider friends to this day. Their mix tapes and early morning warehouse parties helped to shape me. This piece in a way is a tribute to them. To the disc jockey’s who have curated the ambiance of my youth. 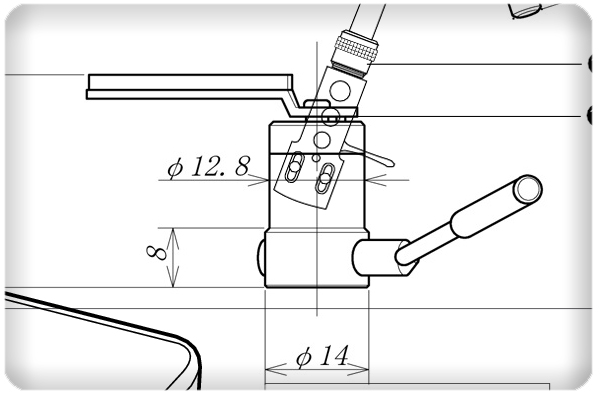 Officially recognized as a Canadian Digital Visual Artist by Canada Council for the Arts, Adam has built a strong artistic and design reputation. His work has been featured in Advanced Photoshop Magazine as well as several reputable art galleries in both Canada and abroad. His work is properly catalogued and supported with language to ensure value for future collectors.

Our non-fungible tokens are created thoughtfully. Please invest with us and become part of the story.

This is where “your story” will go. A tale of an NFT investor with the foresight to see the potential of secondary sales backed with this online digital historical record. This page and this piece is for someone who understands the value of digital provenance when it comes to NFT investment. Who is it for? You. Come and claim it.

This is where we will also include transaction links, dates and our gratitude. This is a page that you will want to send out. You can also contribute your own quote to it as well. Something like:

“I had to have this NFT. In the end my winning bid felt great. Blah blah blah.”

You write your own history as an NFT collector. Here, you can use my pen.
Your purchase will be celebrated and backed up on the blockchain – forever.

People sometimes forget. The #Blockchain remembers. https://t.co/0aE4liDfXj :: I was here. I made things. I sold things. I bought things. #NFTcreator #NFTcollector pic.twitter.com/AFFS4V1bvq