It’s a known fact that Adobe Illustrator is a very efficient piece of software to use. That in itself is a great reason to choose vector art, but not the only one. The vector format itself is so easy to adapt and edit that you will find yourself moving to the finish line much quicker than “pushing pixels”.
Now don’t get me wrong, I’m not knocking Raster Art. The truth of the matter is, I LOVE Photoshop too. It’s impossible to replace. And it compliments Adobe Illustrator like peanut butter and jelly. But vectors have a very special place in my heart.
When I first started working with them, I only used them for logo design. Even then, my knowledge was limited and my designs reflected that. Over time, as my logo chops began to improve so did my desire to expand their use. I began building all of my single page layouts in Illustrator married with Photoshop imports. What I found is that not only did things move quicker than using Quark, Photoshop or any number of other applications – the end product was “better“. But the real advantage was speed. 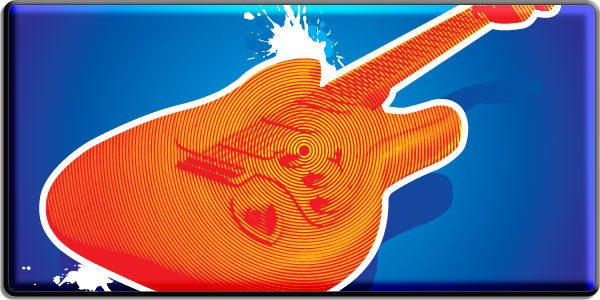 I move quick in Illustrator, and it’s always served me well. Vectors have a great deal to do with that. Don’t believe me? Time yourself and see the difference. It may take a little practice, but it will come. Trust me.
A couple of tricks that I use to keep things moving quick:

One of the things that every designer knows is that a project going from concept to final art in one shot is rare. It’s about as uncommon a spotting Bigfoot on a unicorn. So rather than crossing your fingers, just accept the fact that you WILL be creating several versions (and variations) of the same idea.
But keep your chin up kid. Just because you don’t get a home run every time you get to the plate doesn’t mean you won’t be rounding third. Every version you create has value. Maybe not today. Perhaps not tomorrow. But one day it will.
That’s why it’s important to have a folder that contains all of those extra elements. You own them, so why not put them away for a rainy day?
This also goes for royalty-free vector art that you have purchased. Even if you have used it for one project, you may still be able to get some extra life out of it in the future.

Start by looking at your desk. Put those loose papers away and sort out the junk from the good stuff. Do the same with your computer desktop. Trash some stuff. Purge. It feels good and it clears you up for some real creativity.

Don’t be “that designer”. You know, the one that everybody complains about. The one with the messy files. You don’t want to be that person. Make certain that you name folders, files and layers properly, so that the “next guy” has an easier time. It’s more than a tip – it’s an order. Sloppy files separate the good ones from the great ones.

Working in vector art is no different from any other design discipline. But it does appeal to those who believe in details. Pay attention to yours and good luck.