A decade of vector art

This year, Vectorvault celebrates 10 years of searching the world for the most inspiring and creative vector art. What an education. What a ride.
Now, this is not what I would call a “success story“. At least not in the traditional sense. In many ways this is a cautionary tale marinated in stunning digital art. Some of the best I could find.

Just some guy.
You could look through my portfolio if you wanted or glance at my resume, but that won’t really tell you who I am. At times, I question it myself. To really know what makes me tick, you’ve gotta know what circumstances got me here.
I’m an artist disguised as a designer.
It’s a secret.

All I can tell you is that I’m a nice person who just wanted to leave something behind. That’s what Vectorvault is to me. Proof of my existence and my love for the exciting world of vector art.

This is a graphic design love letter. One filled with triumph and tragedy.

Once upon a time,

I’ve been working as a creative designer for over 20 years now *(I got the ear hair to prove it). Somewhere, along the way, my design sensibilities have changed. I’ve adapted to technology and learned a few things from some smart people who have challenged me to improve.
My passion for vector art began at a small agency called Encore Encore Strategic Marketing. It was a charming house in the heart of Yorkville in Toronto. There, we operated more like a family. Summer burgers on the grill, international beer clients and a colourful cast of characters. All Mac environment. Back then – very progressive.
There is enough material to make a feature length movie about it.
My creative lead, insisted on me working in Adobe Illustrator. A vector-based program that I was uncomfortable with. Even back then, Pat knew what time it was. In a way, he started me down the Vectorvault path.
Encore eventually came to an end (as all good things do). Some went their in their own successful directions. The rest eventually became The Hive. And I went from an Art Director to an Associate Creative Director. Little old me. Can you believe that?
The cast changed, but the adventure continued. I got to participate in television commercials, radio spots and undertake new responsibilities. It was a blast.
Unlike any other company I have ever worked for, this one seemed to accept everyone for who they were. Including me. An island of misfit toys in a time of healthier budgets, and a seemingly non-existent HR department. That’s where my life flourished and I’m grateful for it.
Back then social media was less important than social cocktails. We rocked that place. Properly.

I married a fox with a heart of gold. I paid off my student loan. We bought a condo. Life was great.
Together, we enjoyed each other’s company and the freedoms of a child-less home during the newlywed years *sigh.

It started with a baby

When our daughter arrived, something inside of me switched on. As many parents will tell you, a child changes your life. As an artist, my daughter ignited in me a creative fire that was unquenchable.

My creativity was boosted

There was a restlessness inside of me that I had a hard time ignoring. So I poured it into my creative. I tried to push the boundaries of my work and do my part to add culture to the company that I loved. And the people in the foxhole with me. My design comrades.

Vector art was a big part of my design style

My weapon of choice

I built everything in Adobe Illustrator.

My journey with the Hive was magical. But after 5 and a half years, it was time to move on.
That realization became crystal clear to me when I asked the new CEO to lunch. He had made up his mind about me on day one. I wasted about a year trying to impress him. I remember him saying:

“…you’re a good designer Adam. But not much of a Big Idea kind of thinker.”

So while he stuffed his $40 hamburger into his face, I silently planned my future in great detail. Right there on the spot.

Controlling my own destiny

Although it may have seemed irresponsible for a father of a young child to do at the time, I left. I somehow knew that this wonderfully enjoyable chapter of my life with this incredible group was coming to an end. With the blessing of my Creative Director, I set out to start something new. Something different. Something I could be proud of leaving behind one day.
I wanted to leave my mark on the world of graphic design. I wanted to pass on what I had learned. Leave things better than the way that I found it. And no one was going to tell me how to do it.
At my first agency, I constantly bothered a seasoned designer beside me who answered my questions with a smile. He said to me:

“Always be generous with your knowledge”.

That quote has served me well.

My fortress of solitude

Our first place was a condo in North York. An ocean of trees between us and the city. A brand new subway at my doorstep and love on tap. No clock to punch. Just me and my little family. Pure bliss.
I was not going to miss out on life. I was going to live it. Now.
I had designed an office in the spare bedroom instead of using it as a nursery. Another strange choice some might have said. But in the end, the right choice. 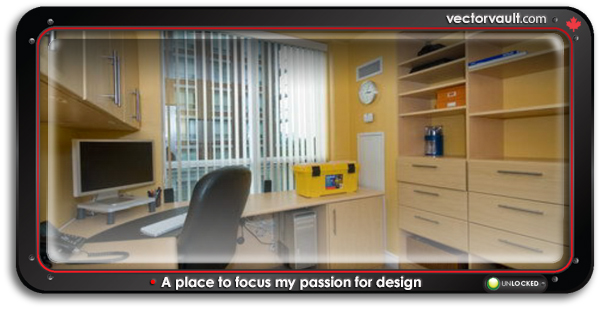 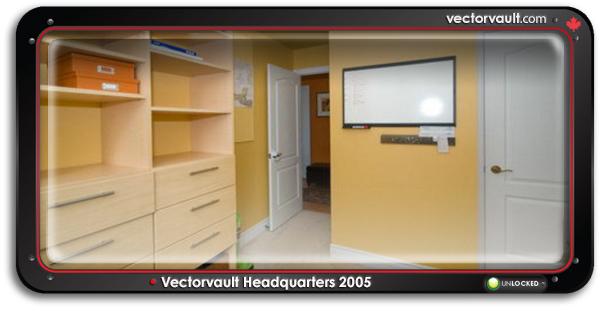 The perfect environment for me to create 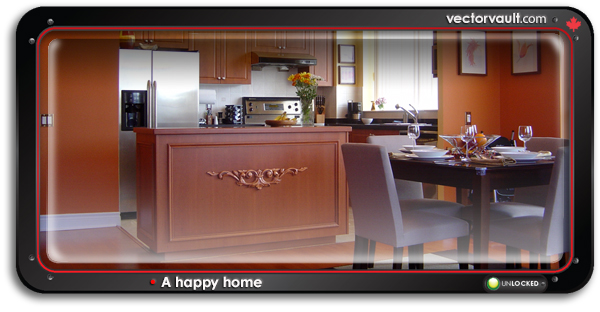 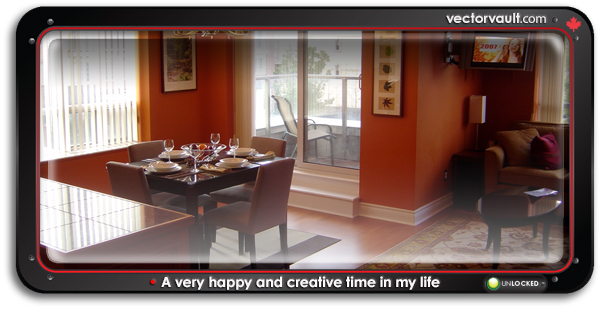 Going out on my own was unknown territory. But for some reason, I was not afraid. I used my time to develop 2 projects simultaneously.
The first was marketing mechanic that I invented and wrote a patent for. It even made it on the cover of the POP times. How ’bout that?

The second was a collection of vector art.

At the time, I had no idea what I was getting myself into. Little did I know that my love for vector art would pull me into a ten year journey of self-discovery. I could never have predicted where it could have led me.
Would you like to hear more?
Come on. Read one more chapter, then decide on whether you want to hear the whole story.