Anyone who has ever experienced a computer crash will tell you that it is no fun at all. You loose valuable data, you cry, and you spend hours on a telephone with some support guy trying to piece your life back together. It’s a terrible experience (or so I’ve heard, I’m on a Mac).

Well now you can wear that war story on your chest like a badge of honor with these t shirts that embody some of the most infamous error screens of all time. One word of warning: Wearing one of these may prevent you from ever kissing a girl (I’m sorry, it’s true). Great conversation pieces though.

There is no level 256 in Pac Man. Upon reaching this summit, the game simply breaks, and this is how it looks. For that added touch, we’ve also set the displayed score to be 3,333,360 which is the highest possible score. If you eat every dot, every ghost, and every fruit for 255 levels, this screen and this score are your rewards.

Long ago the video game consoles were the refuge of gamers who didn’t want to deal with troublesome computers. Calibrating joysticks, installing new drivers, lowering the video options… EFF THAT, I’m just going to play Rad Racer. Well no longer, as the line blurs and Xbox 360s can crash. FOREVER. This RROD puts the pansy BSOD to shame. No reinstalling the OS here, people, the Red Ring of Death means your console has be sent in to Microsoft. 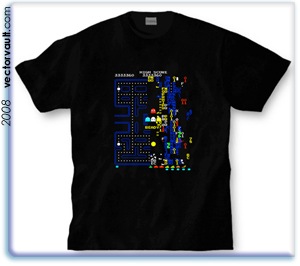 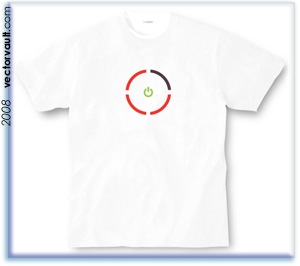 When talking about HTTP codes it begins and ends at the 404. Not Found is the error message that 99% of the users will see 99% of the time. Did a page get deleted, or did you type in the wrong address? The 404 won’t tell (for fear of committing an illegal operation?), and the secret will die there. This particular 404 is from an IIS server, but Errorwear is offering this error in a second flavor, the tangier yet minimalistApache. The choice is yours — mainstream geek, or super geek?

With the introduction of Jaguar, Apple bid farewell to the cartoony Mac icons that let you know how your Mac was feeling. Some people are upset that their little buddies are gone, but Errorwear is here to ease your pain because we care about you. Errorwear: the new Apple?

It should be noted that some people call this icon “Dead Mac”, but as many use the term “Sad Mac” to describe all unhappy Mac icons, we’re sticking with sad. 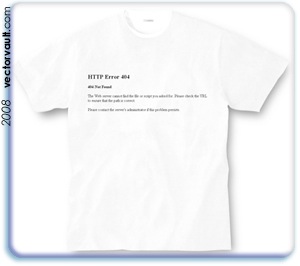 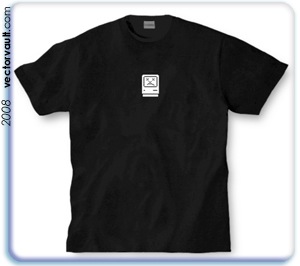